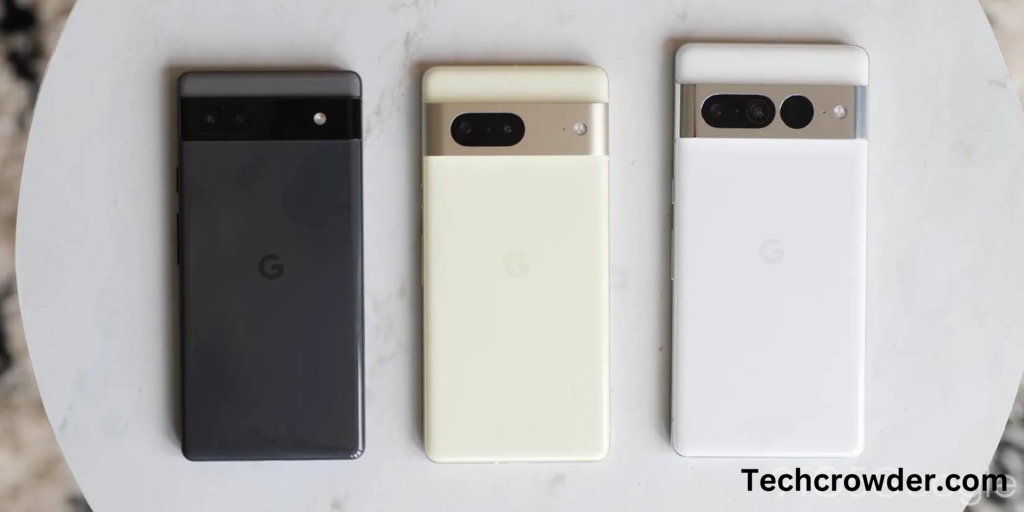 In this report, the display panel, camera and wireless charging of Pixel 7A have been revealed, so let’s discuss them below. If reports are to be believed, the Google Pixel 7A will feature Samsung’s 90Hz FHD+ display.

This is a welcome upgrade as the biggest downside of the Pixel 6a from last year was its 60Hz refresh rate display. If the Pixel 7a gets a sharper screen, it will be a strong competitor in the midrange category.

According to developer Kuba Wojciechowski, the Google Pixel 7a is codenamed “Lynx” because all the details are in the name.

And let’s start with its camera segment. As revealed by the developer, the Pixel 7a’s camera setup is codenamed “Pixel 22 Mid-Range” in the drivers.

Furthermore, he notes that this rear camera setup includes dual camera lenses and the GN1 sensor, which have now been removed from the code. At the same time, the code refers to the camera lenses as “L10-Wide (IMX 787) and L10-UW (IMX 712).

Google’s much-awaited smartphone upgrade – Pixel 7a is likely to be launched early next year and with each passing day, tipsters are revealing key details about the device.

There is no doubt that Google Pixel 7A will be launched with many upgrades and according to leaks, Google has tried to fix many existing problems with this device.

Some fresh leaks from tipster Kuba Wojciechowski suggest that the Google Pixel 7A will have a different display, among other features.

Furthermore, he notes that this rear camera setup includes dual camera lenses and the GN1 sensor, which have now been removed from the code. At the same time, the code refers to the camera lenses as “L10-Wide (IMX 787) and L10-UW (IMX 712).

Furthermore, the report mentions that the Pixel 7a will inherit a FullHD+ 90Hz panel, which will be supplied by Samsung. And this will be a significant upgrade as the Pixel 6a only comes with support for 60Hz refresh rate.

It may be a bigger upgrade than other upgrades, but the Pixel 7a also gets wireless charging support, a feature that wasn’t present in the Pixel 6a either.

The speed of this wireless charging is expected to be limited to 5W, but it would be nice to have it even with low speed.

The specs are currently only found in the code, and there is no guarantee that it will remain the same as it is under testing and development phase. Also it is expected to be launched in May 2023.

Is there going to be a Pixel 7a?

More specs have spilled out in the latest Google Pixel 7a leak, including a 90Hz refresh rate screen, wireless charging, and a dual-lens 64MP+13MP rear camera.

The Pixel 7 series were first teased by Google in May 2022, but officially and fully unveiled on October 6th, 2022, with the release date on October 13th.
…
Google Pixel 7 Release date.

Is the Google pixel 7 worth it?

The Google Pixel 7 is very good value, undercutting most phones than can compete with it on price and offering one of the best camera set-ups out there. The only small drawbacks are the lack of an optical zoom camera, the 90Hz refresh rate and the fact it isn’t the fastest to charge up.

Is the Pixel 7 waterproof?

Pixel 7 Pro, 7, 6a, 6 Pro, 6, 5a (5G), 5, 4, 3, and 2 phones are designed to be water-resistant. But normal wear and tear can reduce water-resistance. To help your Pixel phone last longer, avoid actions that could lead to water damage. For your phone’s water protection rating details, see the tech specs.

Will Pixel 7 have wireless charging?

read this also- :  Marvel Spider-Man 2 Game: Everything We Know So Far

All the information on this website  is published in good faith and for general information purpose only. 24/7google.com does not make any warranties about the completeness, reliability, and accuracy of this information.

If you require any more information or have any questions about our site’s disclaimer, please feel free to contact us by contact form.