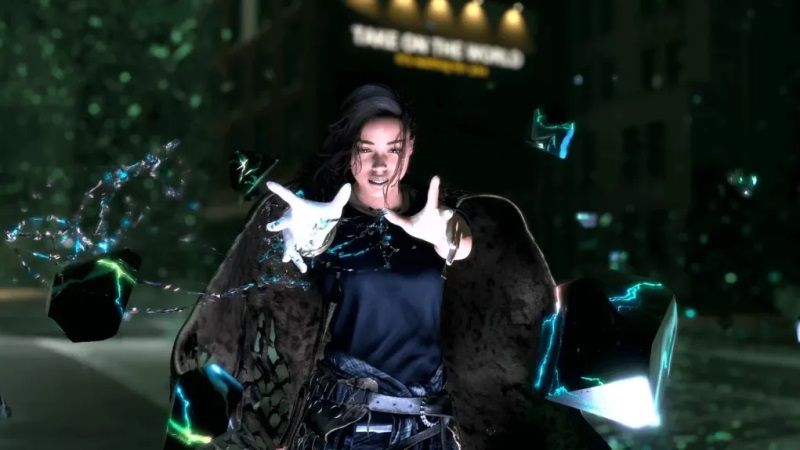 During The Game Awards 2022, Square Enix and Luminous Productions took the opportunity to show a new trailer for Forspoken and announce that a demo is now available for free download on PS5. The demo, which is already available on PlayStation Store, allows us to discover the combat and parkour with magical elements ahead of the release of Forspoken on January 24, 2023. Check out the complete details below.

Square Enix and Luminous Productions revealed, during The Game Awards 2022, a new trailer for their upcoming title, Forspoken. As well as the immediate release of a free game demo for the PlayStation 5 console.

The demo, downloadable from PlayStation Store, will allow players to experience Frey’s parkour and magical fights ahead of the release of Forspoken. The game tells the story of Frey (Ella Balinska), an ordinary young woman who must use her magical abilities to survive in a beautiful but cruel world called Athia.

The trailer shows an insight into the devastating effects of the Ruin, a powerful and mysterious force that corrupts everything it touches, including the inhabitants of Athia, who were once charitable matriarchs and have now turned into crazed and evil witches.

The players who will get their hands on this demo will enjoy the Corruption first-hand and through it they will be able to face various enemies and test their fighting skills with a vast arsenal of attack and support magic that will prepare them for the frenetic action of the full game, coming next month.

Forspoken, designed for the PlayStation 5, will take full advantage of the features of the Sony console. Its launch will be simultaneously on PlayStation 5 and PC (STEAM, Microsoft Store, and Epic Games Store) on January 24, 2023. So, would you like to play this new game on the current-gen console of Sony?